What to do? Sights Maribor City Park

Leave the noise of the city behind and take a walk through the beautifully landscaped City Park, where you will discover three ponds, the popular Aquarium and terrarium, and the playground. The path, which weaves through all types of trees, artfully arranged flower beds, water fountains, and by the hill of roses, will let you relax and calm your mind. You can sit on the banks by the beautiful ponds and enjoy the company of water birds or take a rest under the crowns of giant trees.

The Maribor City Park is a popular promenade and meeting point for residents of all generations and an inviting spot for all visitors of this city by the Drava River. Many of the trees in the park are over 140 years old and, since 1976, the area is protected as a landscape monument.

The ponds in the City Park are home to numerous water birds and to many kinds of fishes. The aquarium, which is one of the better known in South and Central Europe, hosts as many as 120 species of freshwater and saltwater fishes. It is combined with a terrarium, where you can see over a hundred species of reptiles, as well as poisonous snakes, various amphibians, and insects.

Families with children will appreciate the well-cared-for playground, where the children can play without a worry in the world. Meeting a brave squirrel, which will come to collect an offered nut, will be an experience they will never forget. On Sundays, with a little bit of luck, you can listen to a concert in the pavilion in the centre of the park.
The City Park is one of the most important green spaces of the Styrian capital, which spreads over 5 hectares from the forest covered hills of Kalvarija to the Pyramid.

In 1872, the Maribor Embellishment Society, predecessor of the Horticultural Society of Maribor, first started landscaping the City Park. First, the western part of the park was constructed on the area of the medieval ponds, which supplied water to the moat around the city wall, and on the chestnut avenue, which connected the castle and Baron Twickel’s Marof. The land for the eastern part of the park needed to be drained before the trees could be planted. At the end of the 19th century, the Tomšič and Kamnik avenues were planted. After World War I, the society built a pavilion with a boathouse, changing rooms, and a terrace by the big pond. Boating and skating on the pond ended in 1972, but around two decades before, the Aquarium was built in the park. 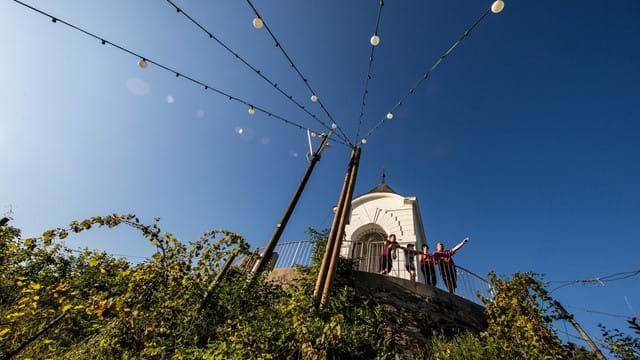 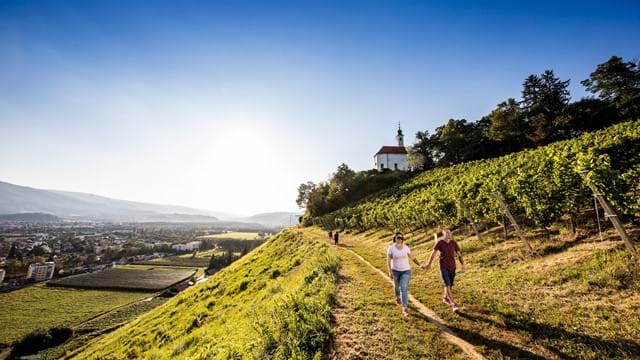 Beautiful view of the city