What to do? Sights Slomškov Trg square

One of the most charming squares in the city can be found in the western part of the old town core. In the square stands the Cathedral and closely a statue of Bishop Anton Martin Slomšek, by these two monuments is a park with a pool and a small statue of Korlek. The square is made even more attractive by the mighty buildings that surrounding it including: the Rectorate of the University of Maribor, the Slovene National Theatre and the building of the main Maribor Post office.

Name of the square

The square's oldest name, which it got after the parish church of St John the Baptist, is Kirchenplatz (Church Square). In the year 1859 the square was renamed Stolni trg (Cathedral square), as that year the Slovene Bishop Anton Martin Slomšek transferred the seat of the Lavantine diocese from St Andraž in Koroška to Maribor. In the year 1919 the square was renamed once again and called Slomškov trg, after Bishop Slomšek.

Around the church in former times there was the town graveyard, where many prominent Maribor families were buried. The tombstones have been preserved and today they are built into the outside walls of the church. Next to the church is the funeral plastic of a lying lion dating from the Roman times, from the 1st or 2nd century, which was found near the village of Starše in the riverbed of the Drava.

The oval, lifted platform in the square with stone pillars and pyramidal oaks was planned in 1938 by the great Slovene architect Jože Plečnik, architect Branko Kocmut arranged the whole square according to Plečnik's plans 30 years later.

The building of Maribor's postal service is set on the spot where there was once the town's almshouse, Church of the Holy Ghost, a girl's school and hospital. There is a memorial plaque on the former hospital, which was founded in 1348 by the town scribe Benedikt Mother. In the abandoned Church of the Holy Spirit, which stood on the corner of the street, there was a theatre in the first half of the 19th century, then a girl's school until 1891, when the building due to construction of the present day postal building was knocked down. 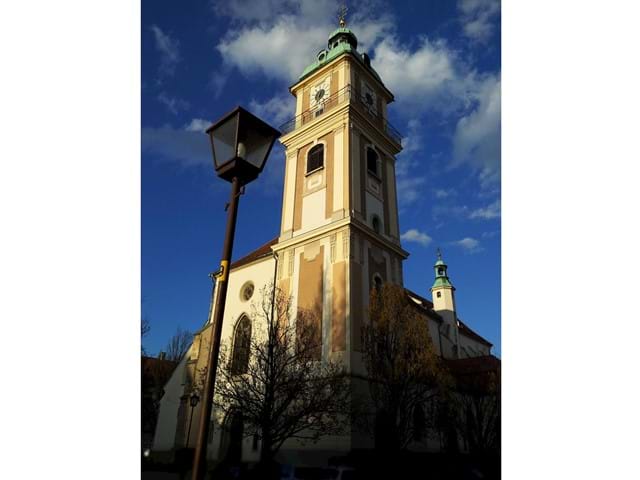 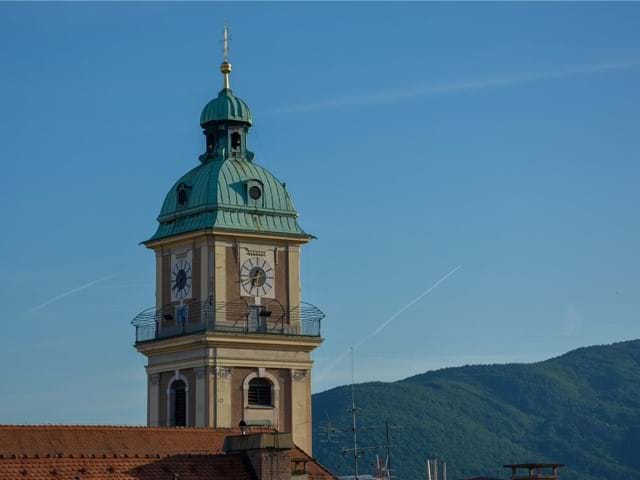 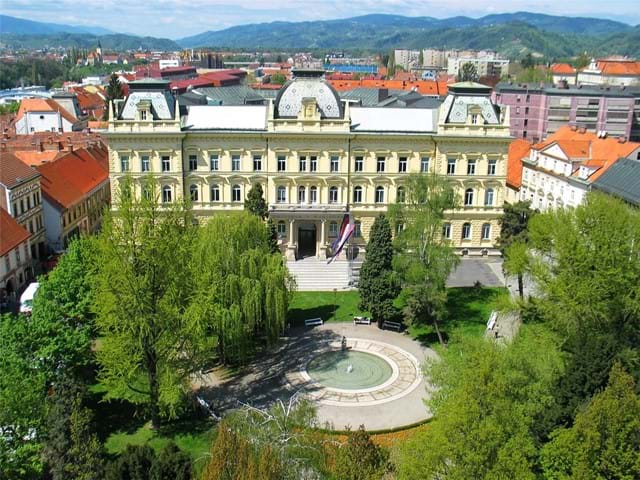 Rectorate of the University of Maribor

Seat of University of Maribor 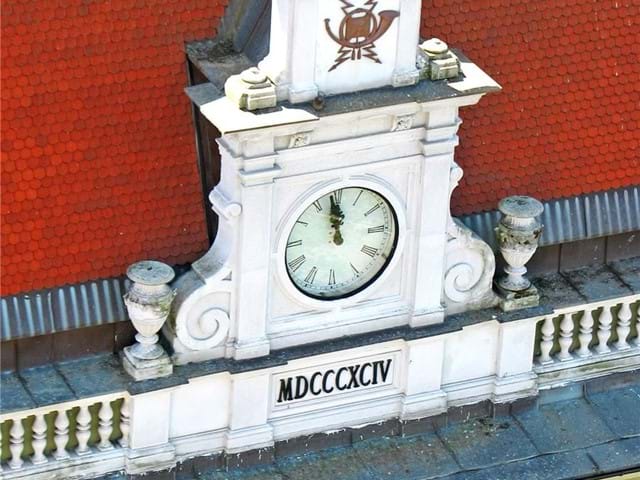 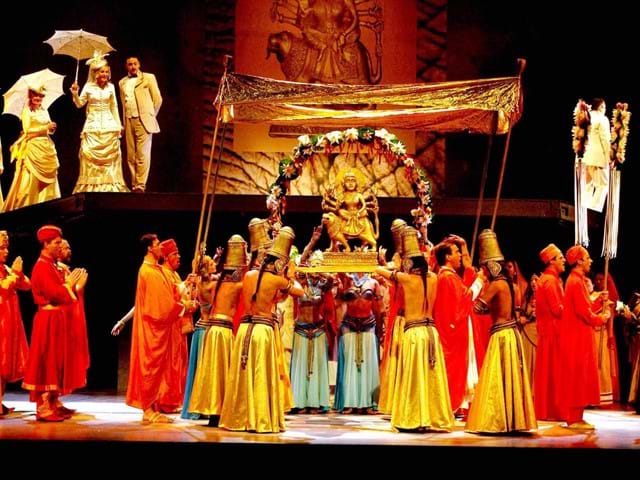